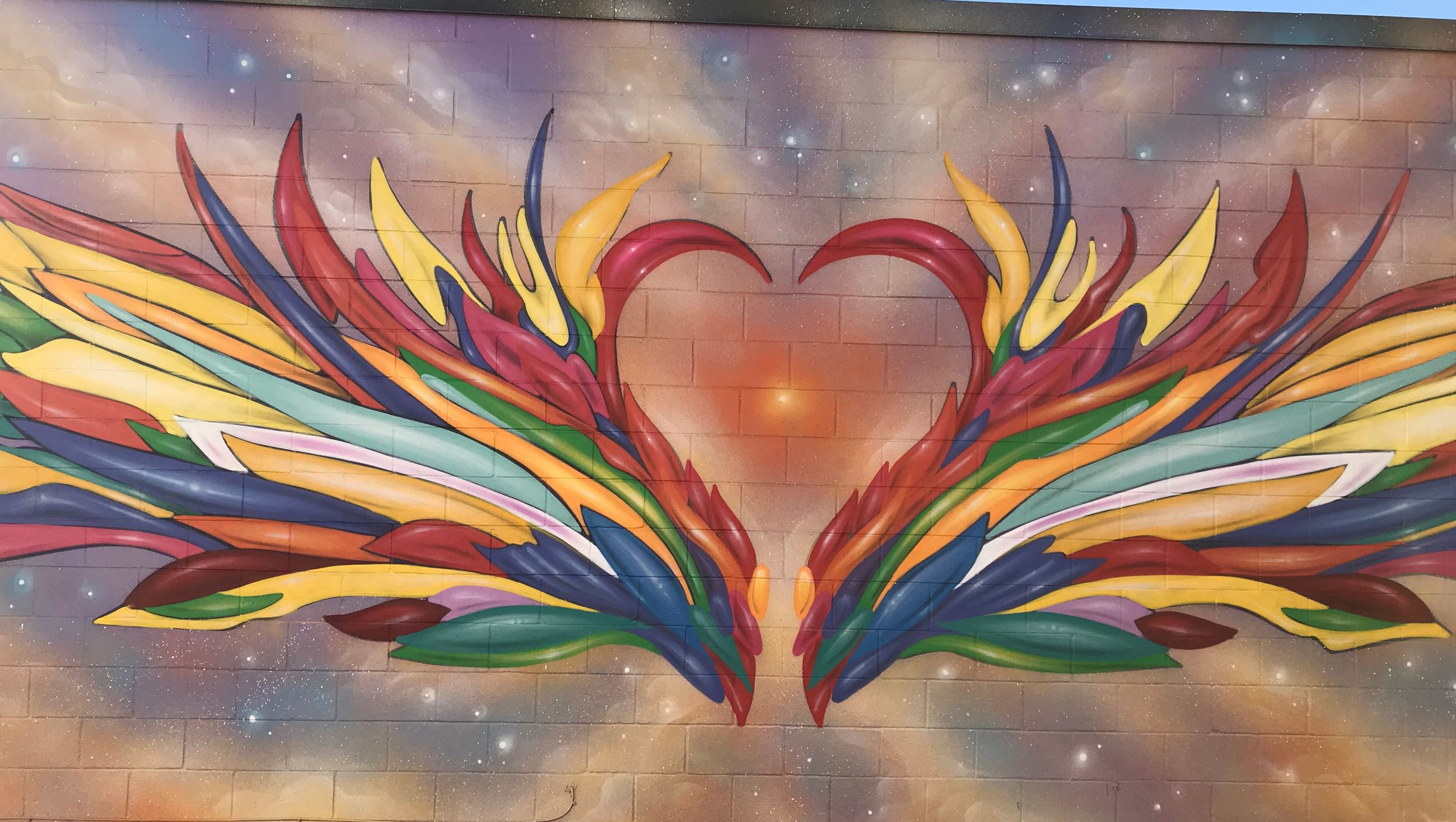 The City Council recognized the honor at its Aug. 22 meeting. The medical center received the national Aster Gold Award for its downtown mural program. The medical group worked with downtown businesses and Murdoch Partners to create three distinct pieces.

“These beautiful works of art celebrate Mansfield,” said Mayor Michael Evans “We are thankful to have such an involved corporate citizen like Methodist Mansfield here in our town.”

The Aster Awards is one of the largest and most respected national competitions of its kind. This elite program has recognized outstanding healthcare professionals for excellence in advertising/marketing for more than 21 years.

“We are honored to receive this award on behalf of our city and marketing teams,” said Methodist Mansfield President Juan Fresquez, Jr. “Being recognized nationally in marketing and advertising among our healthcare peers is a testament to the exceptional talent and expertise of our community and marketing team.”

One of the murals on Mansfield Historical Museum and Heritage Center pictures a woman walking across Main Street from one side of the roadway representing the Main Street of yesterday toward a modern vision of downtown Mansfield. Another on Flying Squirrel Coffee Company depicts an artistic heart with wings on a rainbow sky background. The third mural on the second story of Hilltop Bicycle Center features a collage of colorful puzzle pieces that show a variety of athletes. 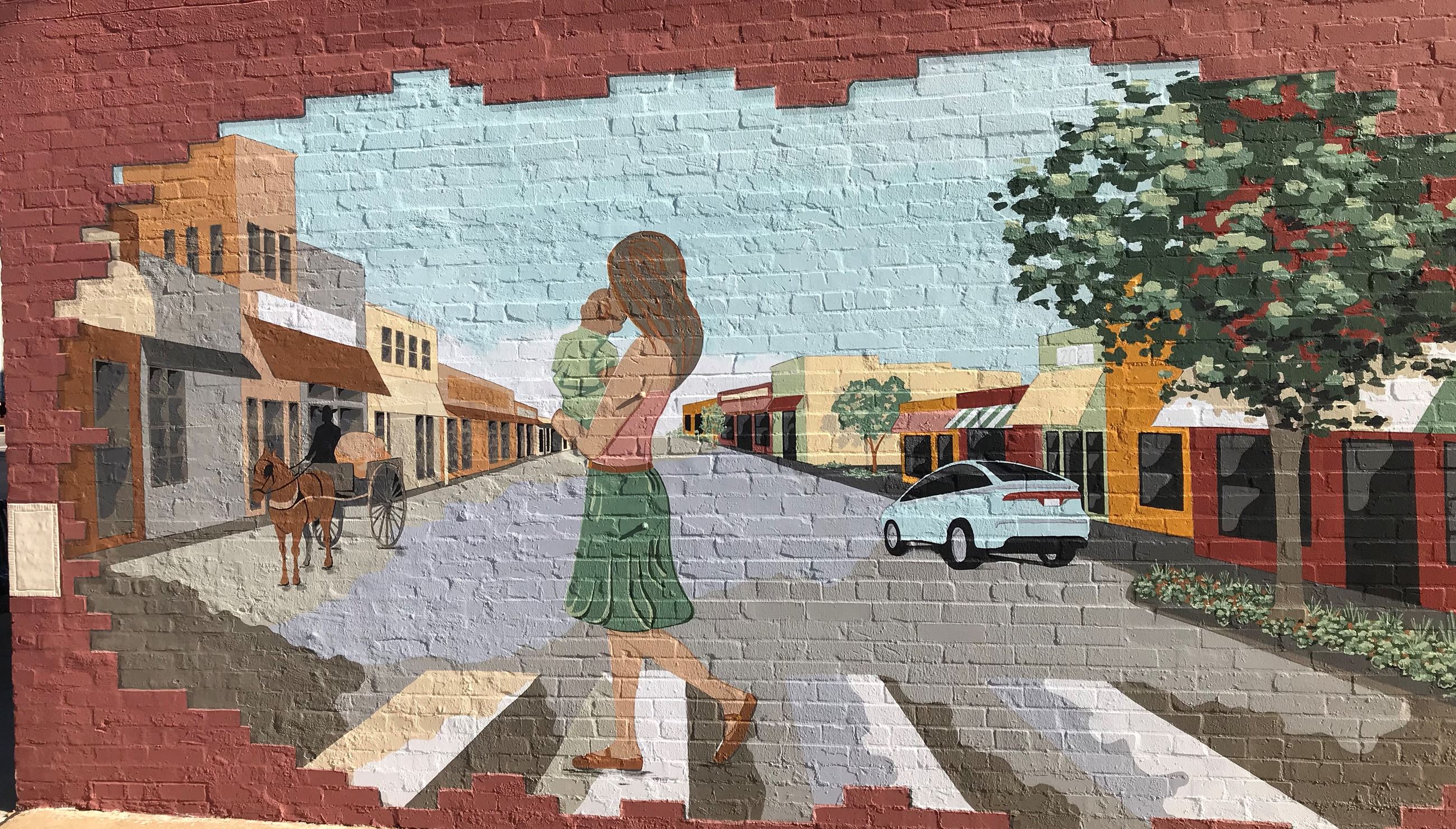 CONGRATULATIONS -- the laurels continue for the Methodist Mansfield Center's downtown murals. In addition to the 2022 Gold National Aster Award they received in August, the project won Gold in the Healthcare AD Awards. A national panel of judges were engaged in reviewing entries based on creativity, quality, message effectiveness, appeal, and overall impact. Over 4,300 entries were received for the 39th Annual Healthcare Advertising Awards program, and the mural trio in Historic Downtown Mansfield was recognized once again. 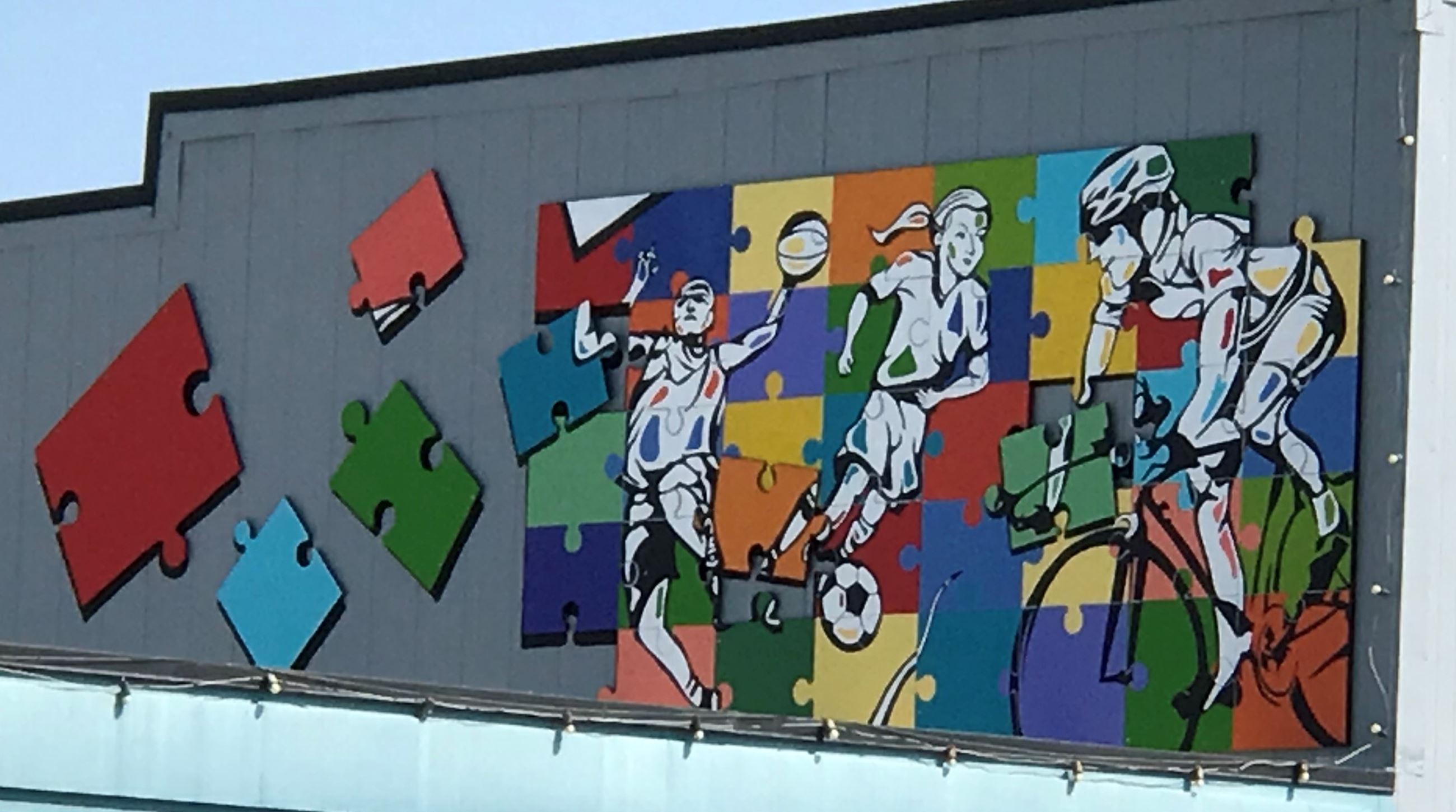 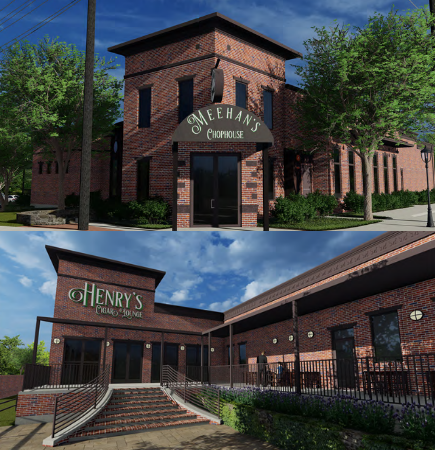 MANSFIELD, Texas — The City of Mansfield has entered into an agreement with Meehan Properties, LLC, to develop 101 S. Main St. in Historic Downtown Mansfield into a high-end chophouse and cigar lounge.

Mansfield-based Meehan Properties will develop the restaurant and cigar lounge, which will be named Meehan’s Chophouse and Henry’s Cigar Lounge, respectively. Tony Meehan, owner of Meehan Properties, said he believes the development will attract other new businesses to Historic Downtown Mansfield and will help revitalize the district.

“I have been very proud to call Mansfield my home for over 30 years. I have gotten to watch it grow from a one-stoplight town to the thriving community it is today. Not only have I lived here, but I established my company here and have gotten to participate in Mansfield’s growth by having the opportunity to construct many of the buildings around town. Now, I believe Historic Downtown Mansfield is poised to be reenvisioned and revitalized in a way that will benefit our whole community,” Meehan said. “The City Council, City Manager and city staff have done a great job working with the right developers who understand how to balance the old with the new. I believe Historic Downtown is ready to have its own high-end steak and seafood restaurant, along with a separate, upscale cigar lounge. This development, I believe, will act as a catalyst to attract other new businesses to the area and revitalize our Historic Downtown. Folks in Mansfield shouldn’t have to drive and spend their dollars in Fort Worth or Dallas to have the opportunity to enjoy a selection of fine dining choices and experiences. Our new restaurant, along with other quality restaurants already here, will help make Mansfield a first-class dining destination.”

As part of the agreement, the city will assist with the development by paying Meehan Properties $700,000 in funds from the city’s Tax Increment Financing (TIF) Reinvestment Zone No. 2. The payment is considered a forgivable loan in which $100,000 per year will be forgiven for each year the business remains in operation over a period not to exceed 10 years.

TIF legislation allows local governments such as the City of Mansfield to take the incremental tax dollars generated from new development and increased real property values in a TIF Reinvestment Zone and use them to pay for improvements within that area. The City of Mansfield’s TIF Reinvestment Zone No. 2 was established in 2012 to support investment and development on 292 acres of land in the city, including Historic Downtown Mansfield.

“Our mission is to invest these tax dollars into projects that will spur growth in Historic Downtown Mansfield, and we feel confident that this development will do exactly that,” said Mansfield City Council Member Julie Short, who also chairs the Board of Directors of TIF Reinvestment Zone No. 2.

Meehan said the restaurant is projected to open in the spring of 2022. The building was previously occupied by Mellow Mushroom Pizza Bakers.

As a form-based code, the Downtown District would support the continued evolution and prosperity of Historic Downtown Mansfield by focusing on the visual quality of the public realm, encouraging a rich mix of activities, and reinforcing timeless principles for architecture.

Currently, the proposed district has the following boundaries: 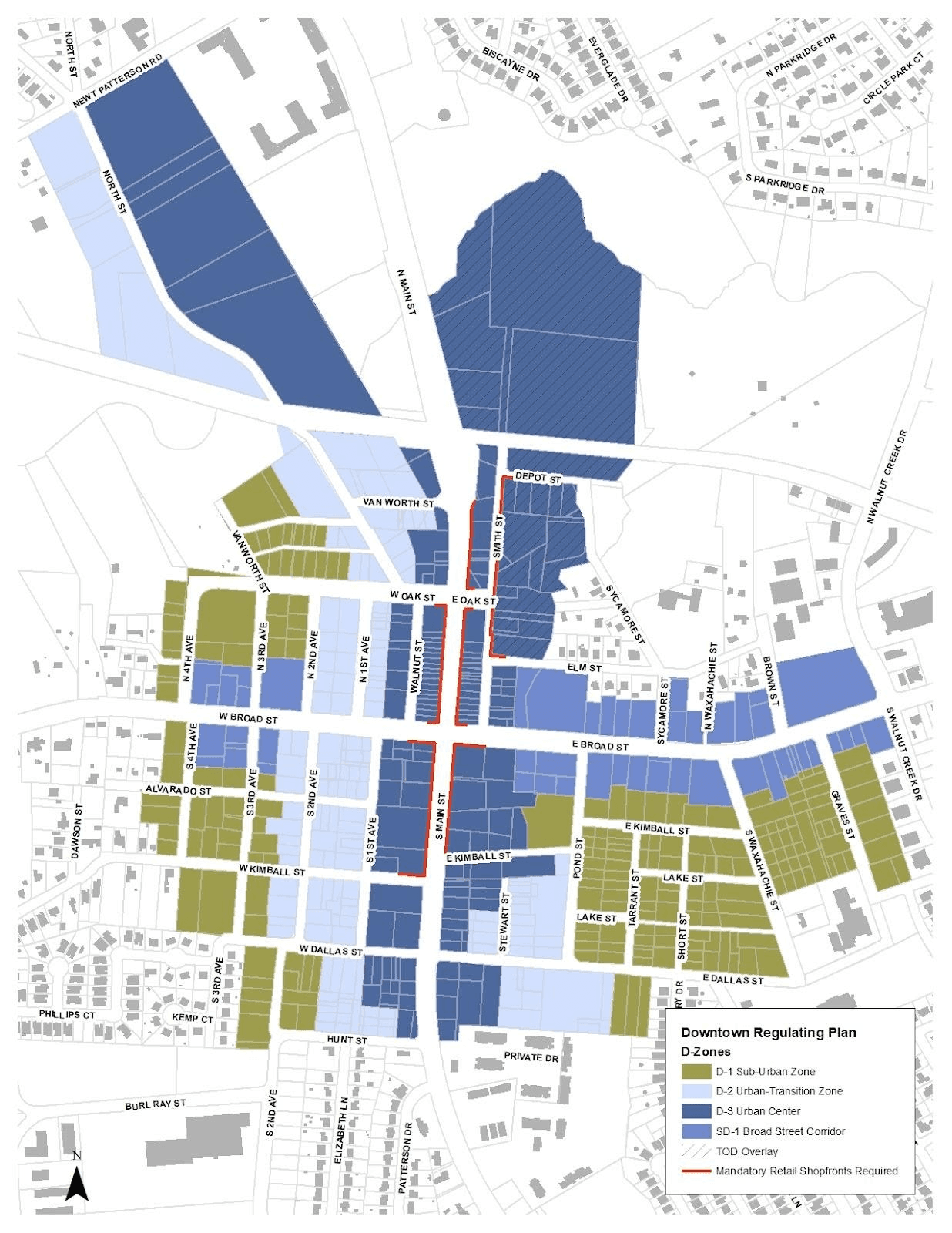 On Aug. 9, the Mansfield City Council will hold a work session, during which the council members will review the document and provide their initial feedback. Following initial feedback from council members, the Planning Department will host town hall meetings in the following weeks to engage residents, businesses, and other community stakeholders.

On Oct. 11, 2021, the Mansfield City Council unanimously implemented a new code that rezones roughly 228 acres of land in Historic Downtown Mansfield in an effort to increase private investment in the area and protect the area's historic and cultural heritage. Read more about the adoption and view the D, Downtown District here. 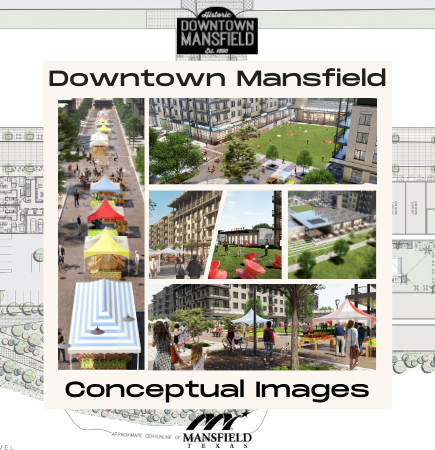 MANSFIELD, Texas — The City of Mansfield is set to begin a transformative mixed-use development project in Historic Downtown Mansfield that will reinvigorate the district and catalyze future development.

The development – in collaboration with Hoque Global, a Dallas-based investment firm – will bring residential, retail, recreational, office and parking space to four acres of land along Smith and Elm streets in Historic Downtown Mansfield. Also planned are an innovation center that will foster and encourage entrepreneurial endeavors in the heart of Mansfield and an above-ground parking garage near Smith and Depot streets. Furthermore, the development will enhance the walkability of the neighborhood to expand its accessibility and promote passive activation from the Pond Branch Linear Park trail.

“For many years, our city’s leaders have been patiently waiting for a development that will revitalize this four-acre stretch of city-owned land in Historic Downtown Mansfield and position the neighborhood for long-term growth,” Mansfield City Manager Joe Smolinski said. “That development is here.”

The development – designed by award-winning architectural firm Merriman-Anderson – is a continuation of the City of Mansfield’s efforts to invest in the Historic Downtown district. In recent years, the city has completely reconstructed South Main Street, built the Pond Branch Linear Park, renovated the North Main Street Trail and positioned Historic Downtown Mansfield as an attractive tourist destination.

“Historic Downtown Mansfield is one of our city’s most beloved districts – one that has been essential to Mansfield’s storied past,” Mansfield Mayor Michael Evans said. “This development will modernize this neighborhood and put businesses already in the area in a position to thrive for years to come. It is a win for the Mansfield community and a win for businesses current and future.”

“Downtown Mansfield has served as a place to live, work, and play for many generations before us. It’s truly exciting to align ourselves with a proven developer, Hoque Global, that specializes in revitalization,” said Todd Tonore, Mayor Pro Tem and Chairman of the Historic Downtown Mansfield Revitalization Subcommittee. “Hoque Global currently has a $300 million project in Downtown Dallas. This $50 million project for Mansfield will be the catalyst to many other projects in the Historic Downtown area.”

The announcement of this project comes one year after the City of Mansfield adopted a comprehensive set of strategies for the continued development of Historic Downtown Mansfield – one of which was for the city to use its Downtown real estate assets “to catalyze and sustain private development activity.”

“We are very excited to welcome Hoque Global to Historic Downtown Mansfield,” Assistant City Manager Matt Jones said. “Their project is a livable and dynamic mixed-use development that will serve as an economic engine and support our goal to maintain a fiscally sustainable economy. We look forward to seeing more people and new office, dining, and shopping opportunities downtown. This transformative development further advances our vision of being a vibrant hometown.”

“We are looking forward to working closely with Hoque Global and their partners to enhance Historic Downtown Mansfield's distinct cultural, economic, and physical flavor,” said Jason Alexander, Director of Planning for the City of Mansfield. “This is an extremely exciting project that promises to raise the bar for connectivity and urban design in downtown without compromising the delivery of distinct opportunities for living, working, and gathering.”

“We are excited to partner with the City of Mansfield on this catalytic project that will help achieve the City’s strategic goals,” said Arthur Santa-Maria, Hoque Global’s Vice President of Investment and Development. “Mansfield’s strong leadership is reflected in the City’s steady growth and success, and the Downtown Mansfield development will have a major impact on continued progress for the community. This project completely aligns with Hoque Global’s mission of development with transformative economic and cultural impact.”

Hoque Global is a diversified company with a primary focus on transformative, catalytic enterprises in real estate. With leading and innovative developments in progress in Downtown Dallas including Newpark and SoGood Dallas, Hoque Global is a recognized leader in revitalization, redevelopment and re-energization of property, with a strategic, discerning view to understand opportunities for precise positive economic impact. Hoque Global’s companies in the hospitality, event planning, technology, logistics and transportation sectors are also continually innovating with success. 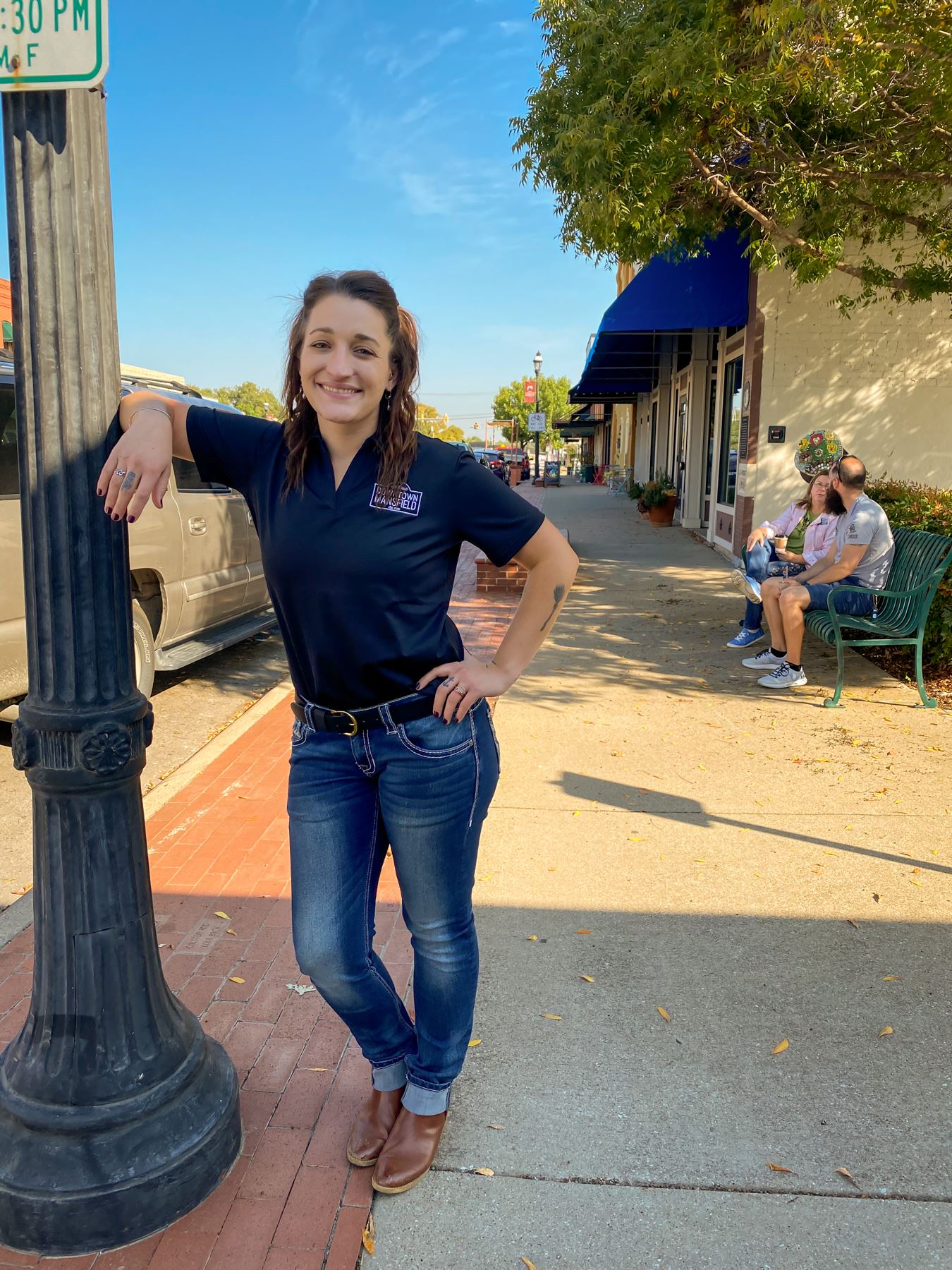 City gets strategic in developing downtown

There's a new sheriff in downtown, and she's ready to round up more customers. In late July, the city council created the position of downtown coordinator and hired Nicolette Ricciuti to fill the position... [read more]

Last night was pretty interesting. At 4:00am we got the call that the City of Mansfield was ready to deliver the Brewlet to Pine Trees Counseling via The Hope Place thanks to Dirty Job Brewing's generous donation... [read more] 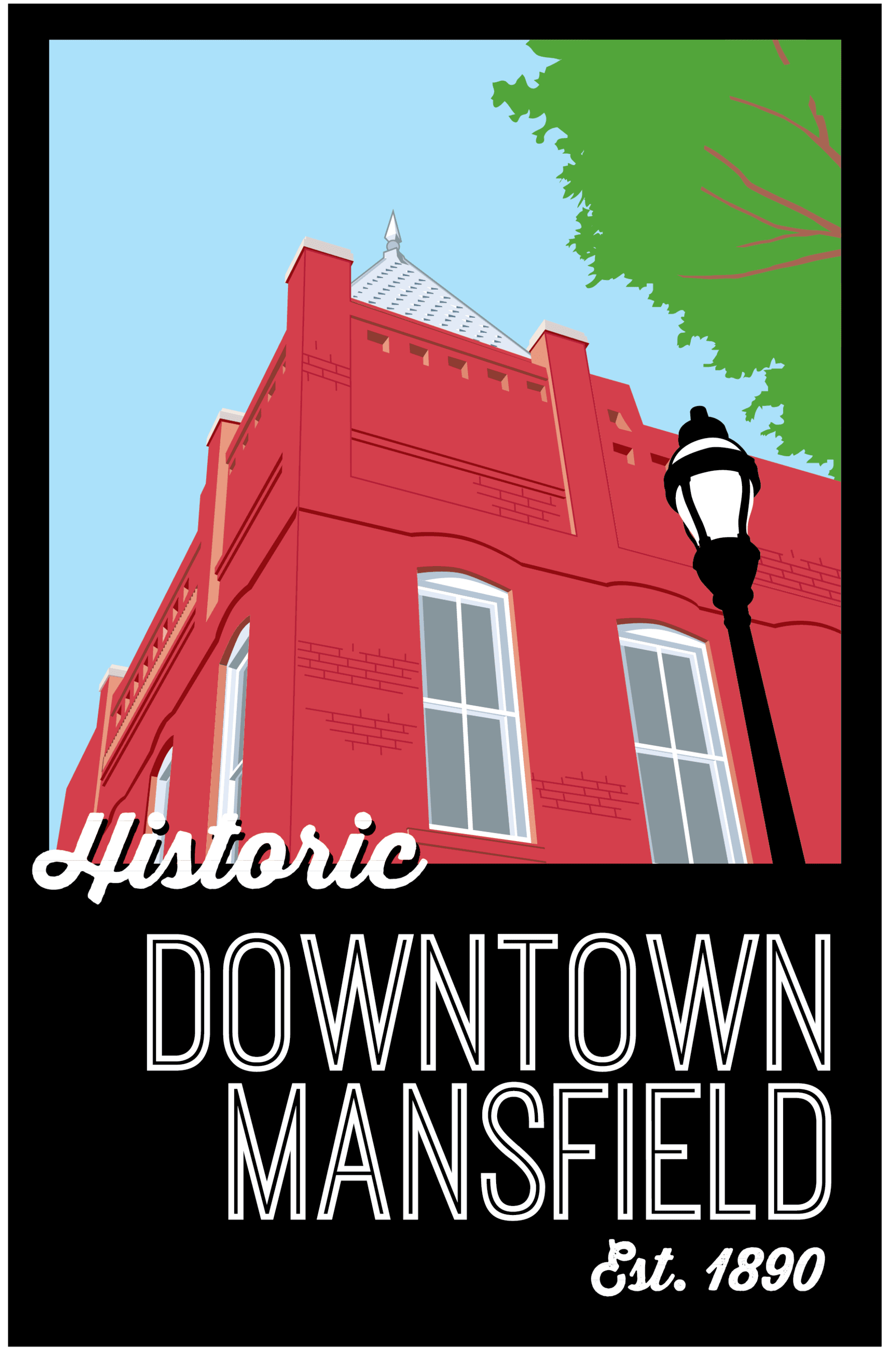 Just 30 minutes from Dallas and 20 minutes from Fort Worth, Mansfield, TX offers residents a dispersed suburban feel with plenty of parks in between. Recently, historic downtown Mansfield has been the focus of revitalization efforts, bringing new life and businesses to the area. There you can discover the historic Farr Best Theater, art and food festivals, and more... [read more] 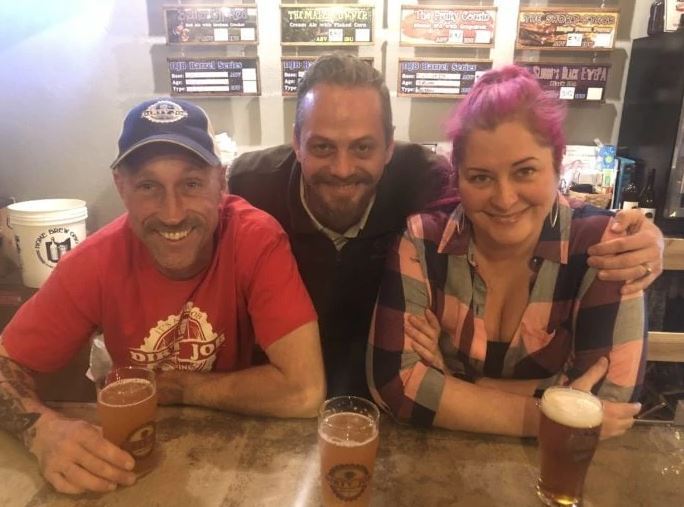 A Christmas gift has unwrapped a whole new life for Derek and Lashawn Hubenak. "I got a beer kit for Christmas in 2012," Derek Hubenak said.  "The first batch was not so good, but my family drank it. There came a time people said 'You make a good beer, you should sell it.'" So that's what Hubenak, his wife and their son's former soccer coach, Justin Watson, decided to do... [read more] 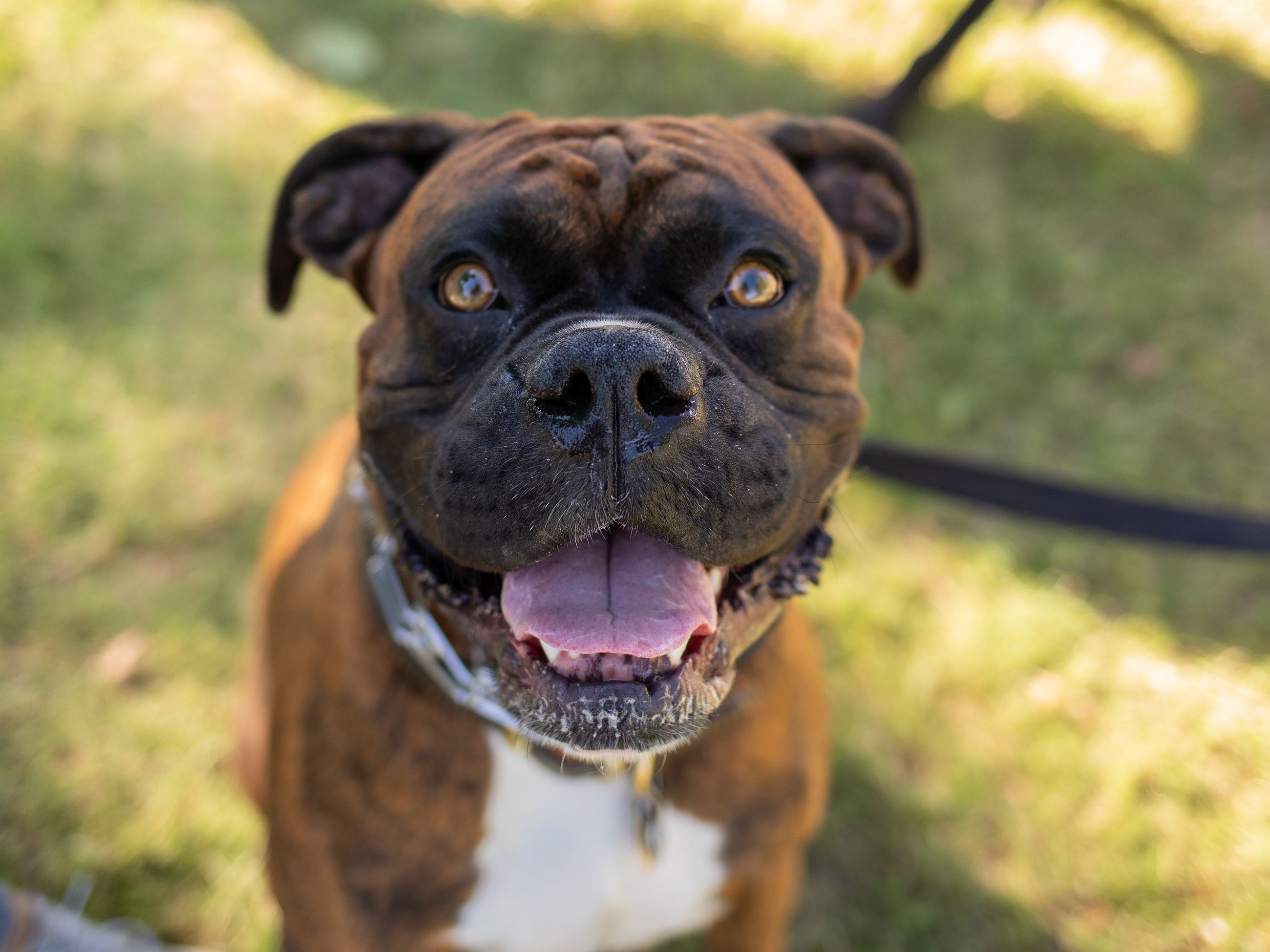 Mansfield pooches now have a place to hang up their leashes and howl. Man's Best Field Dog Park opened at 5 a.m. Wednesday, giving the city's pups 7 acres to stretch their legs, roll in the grass and lay under the trees... [read more] 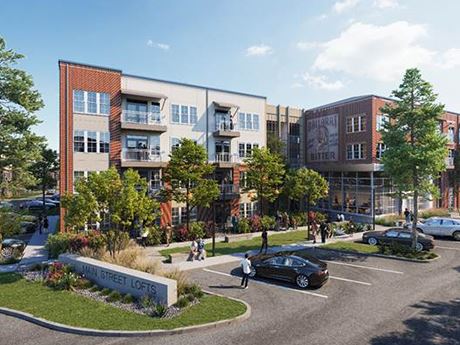 A partnership between locally based firm Realty Capital Management and South Florida-based PointOne Holdings has broken ground on Phase II of Main Street Lofts, a project in the Fort Worth suburb of Mansfield that will add 266 apartments to the local supply... [read more]

Next Previous
PARKING MAP There are over 1,000 parking spaces within a 10-minute walk of Historic Downtown.Details
NEIGHBORHOOD FAVORITESHistoric Downtown Mansfield has boutiques, cafes, music stores and more!Details
COMMUNITY CALENDARCome for the location - Stay for the fun! See all upcoming community events.Details
EVENTS & FESTIVALSRead about all of the events & festivals you can look forward to this year.Details
FIND US
news
SUBMIT AN EVENT
CONTACT US
Government Websites by CivicPlus®
[]